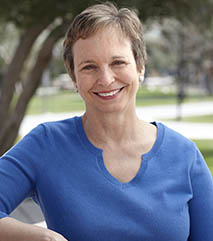 The Board of Directors of the Legal Writing Institute (LWI) is delighted to announce that Linda H. Edwards is the 2017 recipient of the Teresa Godwin Phelps Award for Scholarship in Legal Communication.   Professor Edwards is the E.L. Cord Foundation Professor of Law at the William S. Boyd School of Law at the University of Nevada, Las Vegas and a nationally-recognized scholar of rhetoric and legal writing.

The Phelps Award honors and draws attention to individual works of outstanding scholarship specific to the legal writing discipline that are published in any given calendar year.  The award is meant to set aspirational standards for others writing in the field.  In making the award, the Selection Committee and the LWI Board focus solely on whether an individual work is specific to the discipline of legal writing and on whether it makes an outstanding contribution to the discipline.

The Phelps Award supports LWI’s discipline-building priority.  Naming the award in honor of Terry Phelps recognizes her consistent support for and encouragement of others’ scholarly work and her own exemplary scholarship in narrative, international human rights, and legal rhetoric, including the foundational article that nourished and influenced all subsequent study of the field, The New Legal Rhetoric, 40 Sw. L.J. 1089 (1986).  This article was the essential introduction to the idea that legal writing was itself a field worthy of serious study.

The Selection Committee unanimously recommended Professor Edwards for the Phelps Award to recognize her 2017 article, “Telling Stories in the Supreme Court: Voices Briefs and the Role of Democracy in Constitutional Deliberation,” published in Volume 29 of the Yale Journal of Law and Feminism.  It is the first scholarly article to address the recent explosion of narrative briefs filed by non-parties in cases pending before the United States Supreme Court, which she calls “voices briefs.”  The letter nominating Professor Edwards’s article explains: “Linda situates the briefs as policy that the Court can—and should—consider and illustrates how such stories can persuade by allowing justices a peek at the impact of laws on real lives, lives that may be outside justices’ own experiences.  Linda gives advocates a theoretical, scholarly basis to support their decision to use voices briefs and gives the legal writing community the language to use and scholarly grounding to teach students about another way to persuade.”

The award will be presented on Friday, July 13, 2018, during the Gala Dinner at the LWI Biennial Conference in Milwaukee, Wisconsin.  Please join us.

The LWI Board is grateful for the work of the selection committee in identifying nominees and making recommendations to the Board.  The Committee includes Chair Lisa A. Eichhorn, and members, Mary Beth Beazley, Elizabeth Fajans, Lucy Jewel, and Teri McMurtry-Chubb.