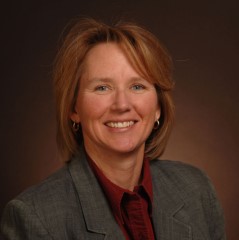 Judy Stinson is a Clinical Professor of Law Emerita at the Arizona State University Sandra Day O’Connor College of Law. After admiring Judy for years, I was delighted when she agreed to an LWI Lives profile. I was also surprised that we had never profiled Judy, our 2013 Thomas F. Blackwell Memorial Award Winner and a past-president of ALWD. I learned Judy is a fun, positive, humble professor who values personal connections and family.

Before I asked Judy about an LWI Lives profile, I had registered for the newly-established ASU lecture in Judy’s honor. I attended the wonderful March 25, 2021 Judy Stinson Lecture to learn about Justice Sotomayor’s Rhetoric of Settings from the speaker, UNLV Professor of Law Emerita Linda Berger, but I also gained insight into Judy. For example, Dean Doug Sylvester began the event by thanking Judy, explaining, “But for her efforts,” the school “probably would have been in receiver-ship.” Dean Sylvester also described Judy as a professor of “unbelievable tireless passion” and “humanity.” For her part, Judy thanked our field “full of helpful, generous mentors and life-long friends.” But one of the most intriguing points came from a photo at the end of the event, showing Judy in front of a flashy orange sports car.

Of course, I asked Judy about that sleek orange car first, and learned it was a Lamborghini. While Judy and I both drive “beat up old minivans,” her youngest son loves cars. There-fore, when she was out with friends and saw a group of fancy cars at a valet stand, she had a pal take the photo and sent it to her son. She told him she was thinking of buying the Lamborghini. Judy explained: “I was trying to convince my [then] fifteen-year-old I was cooler than I am.” Alas, the coolness attempt failed, but she has a fun story and photo to share.

Judy grew up in Tucson, and she moved back to the desert from the Midwest when she was ready to start a family. In addition to their now sixteen-year-old, Judy and her wife have two older boys, aged twenty-six and twenty. LRW teaching is in-deed a small world, and we discovered Judy’s middle son and my oldest son attend the same college in Chicago. Judy’s boys are close, and she’s grateful she was able to raise them near extended family in Tucson and the Phoenix area. ASU posted a legal writing director position just as Judy was ready to return, and Judy explained this was just one way “it all worked out” for her professionally and personally. Considering all of the hard work Judy did to enhance our profession, it’s clear Judy toiled plenty to create her wonderful career, but like many of us, she also feels quite lucky.

Chatting with Judy, I learned she loves teaching LRW in part because she enjoys “sitting and talking to people” and making personal connections. She likes seeing the “lightbulbs go off” with her 1Ls, and finds watching them “grow and learn so much in that first year very rewarding.” In fact, Judy liked teaching LRW from her first days as an LLM student and new teacher at University of Illinois, even though when she started teaching writing she thought it would be “on the way to” other teaching. At ASU, Judy taught many upper division writing courses, electives, and first-year writing. She also served in several Deanships.

Judy’s awards and publications take a significant amount of space on her CV, so I asked what publication she is most proud of, and why. Judy chose her 2010 article in the Brooklyn Law Review, Why Dicta Becomes Holding and Why It Matters. She said this article gave her “a chance to explore a topic [she] was really interested in and taught,” and also “helped jumpstart” her scholarship. While writing her first major piece on dicta, Judy realized writing “is so much fun,” and resolved to publish something each year. Judy stressed how helpful it is when your teaching and scholarship connect, a great lesson for all of us.

This month, we are giving special focus to LGBTQ+ issues, so Judy and I discussed her work mentoring students and teaching Sexual Orientation and the Law and Sexuality and the Law. I also asked about challenges serving on the Sexual Orientation and Gender Identity Committee of the State Bar of Arizona, for example, and Judy laughed and told me “challenges” was the right word. She served on the committee in 2008, when the law did not provide any protections for the LGBTQ+ community. And while some things have changed “pretty dramatically for the better,” progress is slow. Judy explained she was “at least fortunate to work with people on the committee who had a lot of energy and dedication,” and so they “didn’t move mountains, but did move forward.”

We talked about how wonderful it is to see students list activities like OUTlaw on their resumes now. Judy loves the way current students perceive that listing an LGBTQ+ affiliation “should be a positive, or at least neutral,” compared to twenty-seven years ago. When Judy was at Illinois, literally none of her students were out, from fear they would not be employable or would face other discrimination. Judy noted the state of Arizona is becoming more open, and we discussed how accepting our children are, especially compared to so many in our (older) generation. Ironically, we both still teach students to use “he/she” pronouns (or find a way to eliminate the need for gendered pronouns, such as by using plural nouns when possible) to best represent clients, even as we hope to find a way to move legal writing past traditional gendered pronoun agreement.

Students regularly select Judy for teaching awards. Judy enjoys getting to know students, but said her students might be surprised to learn that, “despite being kind of an old fuddy-duddy,” she has watched all the Marvel movies and six installments of the Fast and Furious franchise. Judy does not generally enjoy action movies, but her boys do—especially the youngest—so they have fun watching these movies as a family.

Finally, I asked Judy what excites her most about starting a new chapter in retirement. Judy explained that “so many people made [her] career better than ever imagined,” and she will miss her colleagues and students. However, she is looking forward to spending more time seeing extended family and “travelling as soon as that’s an option.”

Many thanks to Judy for sharing with us and always inspiring us. You can reach Judy at judith.stinson@asu.edu.