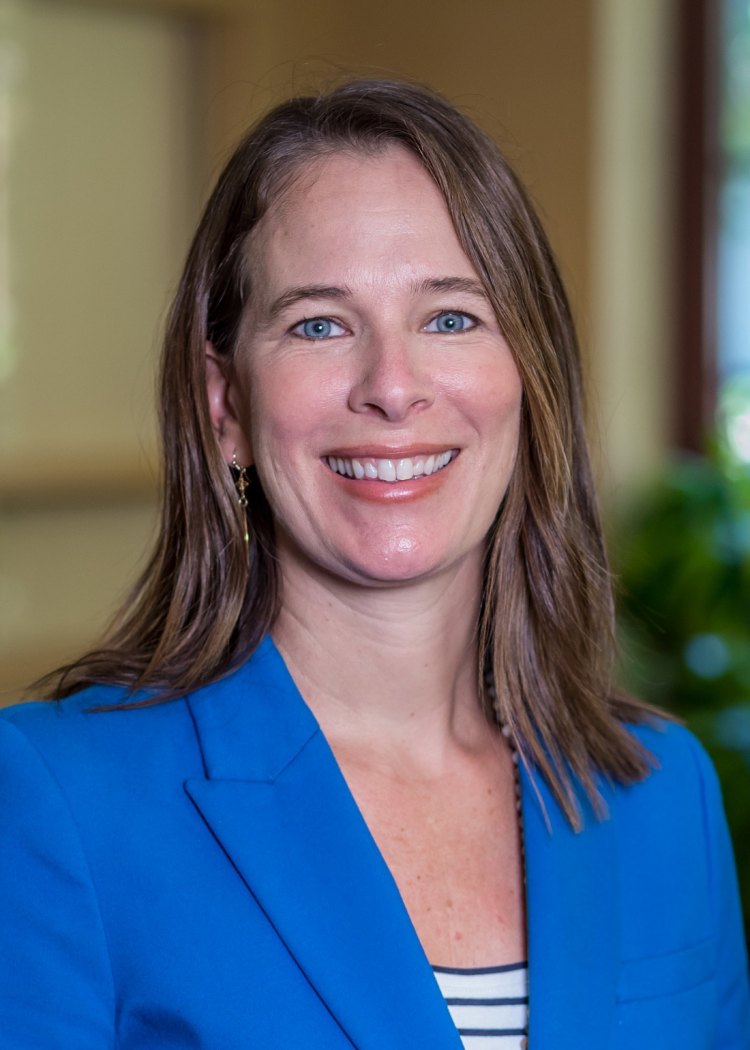 Life is made up of a series of moments. Some echo with laughter and joy, while others are difficult and sad. Like most of us, Melissa Bezanson Shultz has had her share of each. But rather than finding joy in spite of her moments of struggle, Melissa credits her hardest moments for leading her to exactly where she is today: an associate professor of law, a mother of two beautiful daughters and two naughty dogs, and a caretaker for her recently cognitively-disabled husband.

Melissa was born and raised in the Heartland. For twelve years, she lived in Iowa City, Iowa, while her father taught constitutional law as a professor at the University of Iowa College of Law. When her father accepted an offer to serve as dean of Washington and Lee University School of Law, the family moved to Lexington, Virginia. Trading cornfields for mountains, Melissa embraced the slower pace of living offered by a small town, even if it meant fewer restaurant options. There was, however, nothing slow-paced about the Bezanson family’s dinner-table conversations. Often spurred on by her father, Melissa and her family conversed less about the weather and more about controversial topics, from drug legalization, to reproductive rights, to free speech. Everyone had a strong opinion and was encouraged to argue out an issue with logic rather than emotion. Melissa credits these family dinners with her ability to think critically and speak assertively.

When it came time to start looking at colleges, Melissa’s father drew a dividing line on a map of the United States with a “request” that Melissa apply to schools located on the eastern side. Fortunately, for Melissa, the eastern side had an abundance of excellent colleges. After weighing her different options, Melissa selected Grinnell College in Iowa. Grinnell offered Melissa the quintessential college experience. At Grinnell, Melissa received an extraordinary education from professors who were deeply involved in student growth while being surrounded by peers who were truly interested in learning.

During her junior year of college, Melissa traveled to Africa with a study abroad program. As an English major with a minor in Global Development Studies, Melissa seized this opportunity to spend over six months visiting different countries in Africa, including Kenya, Tanzania, Uganda, and Egypt. Melissa worked in a refugee camp for the United Nations and lived in a dung hut with a tribal family. During her time abroad, Melissa was struck by the beauty and kindness of the African culture. But, through this experience, she also started to see just how complex and complicated the world is. As Melissa’s worldview expanded through exposure to various African cultures and communities, the difference between good and bad or right and wrong became blurrier. This transformative experience inspired Melissa to commit to continued exploration and appreciation of the differences (and similarities) created by culture, race, religion, education, and socio-economic background both close to home and far away.

In fact, after graduating from Grinnell, Melissa moved to Japan. As part of a Japanese government program, Melissa lived in a rural community where she taught English. In addition to traveling extensively throughout Asia, Melissa enjoyed her role as sensei (teacher) and the bond she developed with both her students and her fellow teachers. However, at the time, she was reluctant to follow her father’s path into teaching. Even though she jumped at the chance to help others learn, she didn’t want to be a law professor who had not practiced law (as she often teased her father).

So, when it was time to leave Japan, she headed back to the United States to attend the University of Texas at Austin School of Law after which she hoped to develop an active legal practice. When she wasn’t busy serving as the editor-in-chief of the Texas International Law Journal or working in the Children’s Rights Clinic, Melissa spent time with a fellow law student and her future husband, Taylor.

After graduating from Texas Law, Melissa accepted a position as an associate at the Washington, D.C. office of a national law firm, which allowed her to join Taylor who was already working for a law firm there. Melissa thrived in practice, focusing on business litigation and antitrust matters. With a mentor who took her under his wing, she received challenging assignments and constructive feedback. Looking back, she finds it extraordinary that she was given so many meaningful projects, like negotiating immunity agreements with the government, as a junior associate.

Unfortunately, like so many others, Melissa found it was difficult to be a female associate in a national law firm, especially a law firm that had been sued for sex discrimination on a few occasions, including when it asked female summer associates to participate in a wet t-shirt contest at a summer event. Wanting to succeed in practice and have a family, Melissa struggled to find female mentors who shared her professional and personal goals. While the clients and matters were interesting, Melissa didn’t know anyone at the firm who was living the life that she wanted for herself. So, after five years, she decided to leave the firm to focus on her family. While Melissa and Taylor loved living in Washington, D.C., they quickly discovered it was an expensive place to raise children. So, driven by a new job opportunity for Taylor, they made the decision to move back to Taylor’s home state of Texas.

Landing in San Antonio with their two young daughters, Taylor transitioned to working as in-house counsel for a multinational construction company, and Melissa co-founded a company for freelance lawyers. Then came the first (and most significant) of a series of struggles for Melissa and her family. As superstition would predict, on Friday the 13th of 2013, while traveling to Houston from San Antonio, Taylor was involved in a horrific car accident that left him comatose. Melissa rushed to Houston to be with her husband who woke up from his coma without the ability to speak or walk. For months, Melissa lived in the ICU and then a rehabilitation hospital in Houston where Taylor received therapy services and multiple surgeries related to his severe traumatic brain injury.

Realizing the medical and cognitive struggles that Taylor would continue to face even after leaving rehabilitation, Melissa decided to move her family to Dallas to be closer to her in-laws (Melissa’s own parents had passed away the same year as Taylor’s accident, so were unavailable to help). Melissa accepted a position at Gardere Wynne Sewell that offered her the flexibility and health insurance that she needed to take care of her family. Amid all of these overwhelming life changes, Melissa was contacted by the academic dean at the University of North Texas at Dallas College of Law to see if she would like to serve as an adjunct legal writing professor. With so many reasons to politely decline, Melissa said, “of course.”

This unexpected moment of saying “yes” ultimately led to Melissa’s transition to full-time academia. Part way into her semester as an adjunct, she was hired to join the faculty at UNT as the founding director of its legal writing program. At a time when so much was going wrong, joining the UNT faculty felt exceedingly right. Making a positive impact on other people’s lives through teaching and mentoring at a mission-driven school like UNT provided Melissa with a daily escape from her personal struggles. The rewards of teaching and mentoring have not changed one bit since she joined the faculty at Mitchell Hamline School of Law as an Associate Professor in July of 2020.

While moving to Minnesota from Texas during the pandemic was difficult, Melissa has found her soul city in St. Paul. As a progressive thinker who is open to deep conversations, she is delighted to live in a community that values her political and social beliefs. She also counts Minnesota’s outstanding health insurance and medical providers as an additional benefit for her husband’s ongoing needs.

In her limited free time, Melissa enjoys staying active by running and working out at Orange Theory (when there isn’t a pandemic). But, above all, Melissa treasures time spent with her family. Her older daughter, Tennyson, is a freshman in high school who loves reading, writing, and classical-ballet dancing. And her younger daughter, Austen, is a fifth grader who loves all sports, especially soccer, and is a true extrovert who came out of the womb laughing. As much as Melissa and her family are happily settling into their new lives in Minnesota, they are lamenting the scarcity of good Tex-Mex cuisine. When it comes to tacos, tamales, queso, and salsa, it’s hard to compete with the Lone Star State.

While her journey has not been without its unexpected moments of struggle, Melissa has never stopped finding joy in her life and bringing joy to the lives of others. I am beyond grateful for her generously allowing me to share her inspiring story with you.

To get in touch with Melissa, you can email her at: melissa.shultz@mitchellhamline.edu.