The Board of Directors of the Legal Writing Institute (LWI) is delighted to announce that Judge Carlton W. Reeves is the recipient of the 2021 Golden Pen Award. Appointed in 2010, Judge Reeves is a United States District Court Judge for the Southern District of Mississippi.

The Golden Pen Award recognizes those who make significant contributions in advancing the cause of better legal writing. These contributions may take any form, such as promoting the use of clear language in public documents, improving the quality of legal writing instruction, advocating for better writing within the legal community, writing outstanding scholarship or journalism about legal writing, or furthering exceptional writing in law practice.

Judge Reeves’ recognition rests upon a series of eloquent, forceful, and courageous opinions that unflinchingly examine the enduring legacy of racism, especially in his home state of Mississippi. Most recently, in his August 2020 Jamison v. McClendon opinion, Judge Reeves 2 reluctantly granted a white police officer qualified immunity in a Section 1983 action brought by a young black motorist. Yet while he dutifully follows the Supreme Court’s qualified immunity precedents, the balance of the opinion excoriates these precedents with a rare rhetorical force. Judge Reeves writes that while the officer is entitled to qualified immunity, “let us not be fooled by legal jargon. Immunity is not exoneration. And the harm in this case to one man sheds light on the harm done to the nation by this manufactured doctrine.”

Laying the groundwork for his later critique of modern qualified immunity doctrine, Judge Reeves offers a scholarly and engaging deep history of Section 1983 litigation. His story of civil rights law in America covers the Civil War Amendments, Reconstruction, the so-called “Redemption” era of Jim Crow, the Warren Court, and finally what might be called the “qualified immunity” backlash. After assessing this troubling history, Judge Reeves relies on conventional legal reasoning to further his critique of qualified immunity.

But there is one final turn: Judge Reeves tackles what he calls the elephant in the room—the role of race. Noting both the history of lynching and the loss of lives at the hands of police that animates the Black Lives Matter movement, Judge Reeves writes that “[f]or black people, this isn’t mere history. It’s the present.” Indeed, it is this history that explains why in the case before Judge Reeves, a young black man in Mississippi might feel compelled to give consent to a search of his car when a white police officer on a dark roadside asks for consent for the fifth time. All of this is courageous, compelling writing.

Here is how our colleague Charles Calleros described the Jamison opinion on one of our listservs:

It is a remarkable opinion, with a powerful recitation of civil rights history, during and immediately after Reconstruction, and in the more recent period leading to the BLM movement. It effectively pulls back the curtain on an established legal doctrine, revealing its questionable provenance, the mission-creep in its evolution, and the arbitrary manner in the way it operates. Even Judge [Reeves’] poetic license with footnote citation form (thank you, Joe, for pointing that out) serves to underscore the author's points.

Importantly, in 2016, Judge Reeves gave an insightful, detailed, history-laden exposition of race and the law in Moore v. Bryant. Though he ultimately dismissed the challenge to Mississippi’s flag, he sagely considered the history of the flag and its plain endorsement of secessionist values. Additionally, in a speech offered in 2014 at the sentencing of three young white men convicted in the brutal murder of a middle-aged black man, Judge Reeves rendered 3 an uncompromising examination of Mississippi’s long “infatuation with lynchings.” The defendants were part of a group of white youths that beat the victim and then ran over him with a car while yelling “white power.” (The rhetoric is so unflinching that Judge Reeves persistently quotes a racial epithet despite his being Black.)

Finally, Judge Reeves has written other courageous, if stylistically more mundane, opinions worthy of note. In his 2014 Campaign for Southern Equality v. Bryant opinion, Judge Reeves found Mississippi’s same-sex marriage ban unconstitutional under the Fourteenth Amendment. In that opinion, he framed the issue as turning on seven questions. The first material question was this: “Can gay and lesbian citizens love?” And, in a 2016 opinion, Barber v. Bryant, Judge Reeves invalidated a Mississippi statute that would have allowed discrimination against gay, lesbian, transgender, and unmarried persons.

As noted above, a Golden Pen Award winner’s contribution to legal writing may take many forms, and at this time of great racial and social unrest in our country, Judge Reeves’ use of such powerful rhetoric to speak the truth so resoundingly to racial inequity significantly advances the cause of better legal writing. Acknowledging his contributions to good legal writing through sound jurisprudence highlights the inextricable relationship between the bench and the legal writing academy. For those reasons, the Board is proud to announce Judge Carlton Reeves as the recipient of the 2021 Golden Pen Award.

The LWI Board is grateful for the work of the LWI Awards Committee in identifying nominees and making recommendations to the Board. The Committee includes Chair Brenda Gibson, and members Andrew Carter, Lurene Contento, Janet Dickson, Kathryn Mercer, Samantha Moppett, Dyane O’Leary, Suzanne Rowe, and Mark Wojcik. Please note that the Golden Pen Award will not be given during the virtual Blackwell Award (during the AALS 2021 Annual Meeting). Instead, we look forward to recognizing Judge Carlton W. Reeves’ contributions later in 2021. Stay tuned for details on this event. 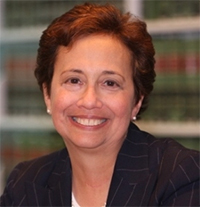 The Board of Directors of the Legal Writing Institute (LWI) is delighted to announce that the 2019 Golden Pen Award has been given to Tina L. Stark.  The Golden Pen Award honors those who make significant contributions to the cause of better and more effective legal writing.  This contribution may take many forms, including promoting plain English in public documents, improving legal writing education, and advocating for better writing within the legal community.

Tina has had an amazing career as a consultant, author, speaker, law professor, and corporate law partner.  She has served as co-chair of the Committee on Business Law Education, a committee of the ABA Section of Business Law, and as a member, by appointment of New York Chief Judge Judith Kaye, of The Professional Education Project. In 2012, Tina received the Burton Award for her Outstanding Contribution to Legal Writing Education in 2012.