Terri LeClercq has been and continues to be a daring and courageous legal writing specialist, teacher, and scholar. She has stood up for colleagues fighting battles against their schools' hierarchies, was arrested for peacefully protesting foreign military officer education at Ft. Benning's School of the Americas, and advocates for prisoners' civil rights. Her words and deeds embody the courage that this award seeks to foster.

Terri created the Courage Award to honor "courage writ large"concerning legal writing. Through the award, the Legal Writing Institute seeks to honor a member who has demonstrated courage by doing, despite fear, something that most people would not do. Such courage ight be demonstrated in any of the following ways:

When submitting your nomination for an award recipient, please answer the following question: What is your definition of courage, and how do the nominee's actions fit? 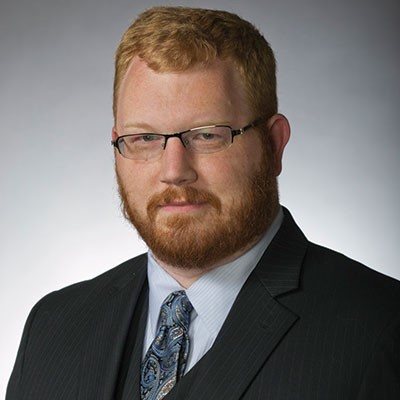 We are delighted to announce David R. Cleveland as the 2020 recipient of the Courage Award.  David is the Dean and a Professor of Law at Valparaiso University Law School in Valparaiso, Indiana.

By any measure, Dean Cleveland has exhibited the courage this award is meant to honor.  He has shown great courage as the dean at Valparaiso Law School as it faced severe and ultimately insurmountable financial difficulties.  As dean, he consistently advocated for legal writing at Valparaiso and always put students’ interests first.  We agree wholeheartedly with the nominators that his valiant and selfless work on behalf of Valparaiso and its students represents “courage in action.”

Not only has he served as a role model for his courage in action, but Dean Cleveland has also published impassioned scholarship on court reform and appellate justice.  This work qualifies as “civil courage” as described in the Call for Nominations.  He is thus an authoritative, respected, and dedicated voice for our community.  We could not be more proud.

The LWI Board is grateful for the work of the LWI Awards Committee in identifying nominees and making recommendations to the Board. The Committee includes Co-chairs Greg Johnson and Brenda Gibson, and members Andrew Carter, Lindsey Gustafson, Margaret Hannon, Dana Hill, Mary Nagel, and Suzanne Rowe.

Past recipients of the Courage Award